AV Soccer Academy is proud to announce it has completed an exclusive partnership with Diadora. This comes after years of hard work of building a soccer community in Fairfield County, CT. Diadora will provide top quality kits for all AV Soccer Academy staff and players.

"We are so excited to partner with Diadora.  Roberto Baggio was my favorite player growing up so of course I had to have his boots.  My first pair of boots in High School were the Matchwinners which back then were known as "flashy."  Naturally, when my son was old enough, his first pair of boots had to be Diadora as well".
Coach Antonio Viscuso
Founder, AV Soccer Academy 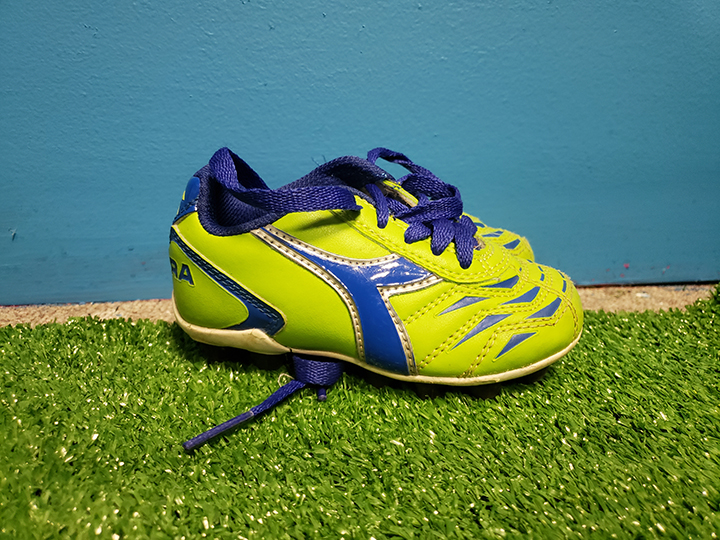 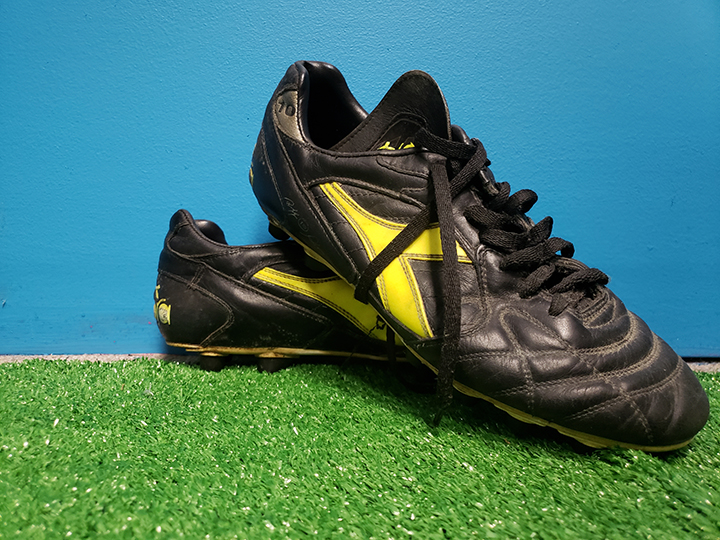 Coach Viscuso's son Matteo's first pair of Diadora boots, and the first pair Coach wore over 20 years ago - Still a timeless classic.
AV Soccer Academy's Fall Programs will be the first for players to enjoy this incredible partnership.
ABOUT DIADORA
The Diadora story is largely a part of Italian history. Diadora is the only Italian athletic footwear and apparel manufacturers to still make product in Italy - a tradition that began in 1948 when the company's founder Marcello Danieli, first began working in the trade as a young boy. Danieli, helped by his wife, managed to successfully launch his first product, mountain climbing boots. During the fifties, a reputation for excellence and quality helped the company to grow and become a familiar name throughout the Italian market. During the economic boom of the sixties, people began to enjoy prosperity and increased recreation. Skiing became popular and Danieli once again met the needs of the market by manufacturing ski boots and the first apres-ski boots. Next, Diadora introduced walking shoes and shortly thereafter, tennis shoes. With the seventies came a young generation whose explosive interest in athletics initiated a boom in the sporting goods industry. Based originally on the renowned Italian artisan techniques, Diadora's shoes became more and more technologically advanced, thanks to cooperation from champions such as Vilas, Mulligan, and the legendary Bjorn Borg. The mid-seventies also marked Diadora's entry into the soccer category, aided by Roberto Bettega, who provided invaluable consulting information. Diadora America is the #3 brand in market share in soccer. Like Diadora, the athletes that wear their shoes are the champions of yesterday, today and tomorrow. Diadora does not boast a fabricated history, but a story of authenticity... a legitimate tale of a family business that started in Italy, grew in Italy, and is still proud to be manufacturing in Italy.