AV Soccer Academy professional soccer training strives to train players at the highest level. Whether a player is just starting their career or looking to take their game to the collegiate or professional level, AV Soccer Academy will guide each player to finding a true passion for the beautiful game.

OUR PHILOSOPHY
AV Soccer Academy staff will provide the best possible training methods to ensure each player can be successful. How we will provide this success is to demand a high work rate, focus, passion and respect for one another. Our method of training focuses on each individual players needs and what he or she is working to accomplish. Our highly trained staff will set a standard of excellence on the pitch. Our Primary focus is to prepare and develop players at all ages to reach their fullest potential to compete at the highest level and for those who look to take their careers to the next level .
ABOUT COACH ANTONIO VISCUSO
Hearst Connecticut Media's 2017 Boys Soccer Coach of the Year
It was June 18, 1994. I was 13 years old. My grandparents came over to visit for the day and I remember flipping through the channels on TV, and for some reason stopping at a soccer game. I wasn’t a big fan at the time, but something intrigued me about that game. My mother over heard the commentator on the TV and immediately told me to tell Grandpa that the game was on.

What Game was she talking about? Why was my grandfather so interested in this particular game?

I knew at the time my grandfather was a big soccer (Lazio) fanatic. Born in Frosinone, Italy, soccer was in his blood. But why for the first time was I watching my Grandfather run into the house to watch a game? I never shared his passion for the game before, but when he entered the living room, it was clear that this day would change my life forever.

Being very close with my Grandfather, I looked at him as a god. I would mimic everything he did. The way he would whistle whenever he entered the house or the way he always crossed his legs when he sat down. I remember the epic debates he used to have at the dinner table where he would bang his fist down on the table, like a judge with his gavel enforcing authority. He was a born leader, who didn’t take crap from anyone.

So, what was the importance of this game?

It was the World Cup group stage match between Italy and Ireland. The World Cup had finally taken place in the States, a place where soccer was looked at as a joke. When I was growing up, soccer was not a big sport in our town, so naturally I looked to other sports. The whistle blew to begin the match and my Grandfather turned into a man possessed by a crazy person! Before this game, I had watched other sporting events with fanatics, but never saw anyone react to a game in this manner. It was like he was playing in the game. With every pass, every tackle, every shot and every call, he reacted to it. I was hooked!

The game ended with a historic 1-0 loss for Italy. During the match, I discovered this player on the Italian team who had a long ponytail that was braided with beads and wore the #10 jersey. The name on the back of his shirt read R. BAGGIO. Like my grandfather, this player would have a huge impact on my life. After the game I felt exhausted, like I had run a marathon. I was sweating and didn’t understand what I was feeling. I immediately went outside and started kicking a soccer ball around. 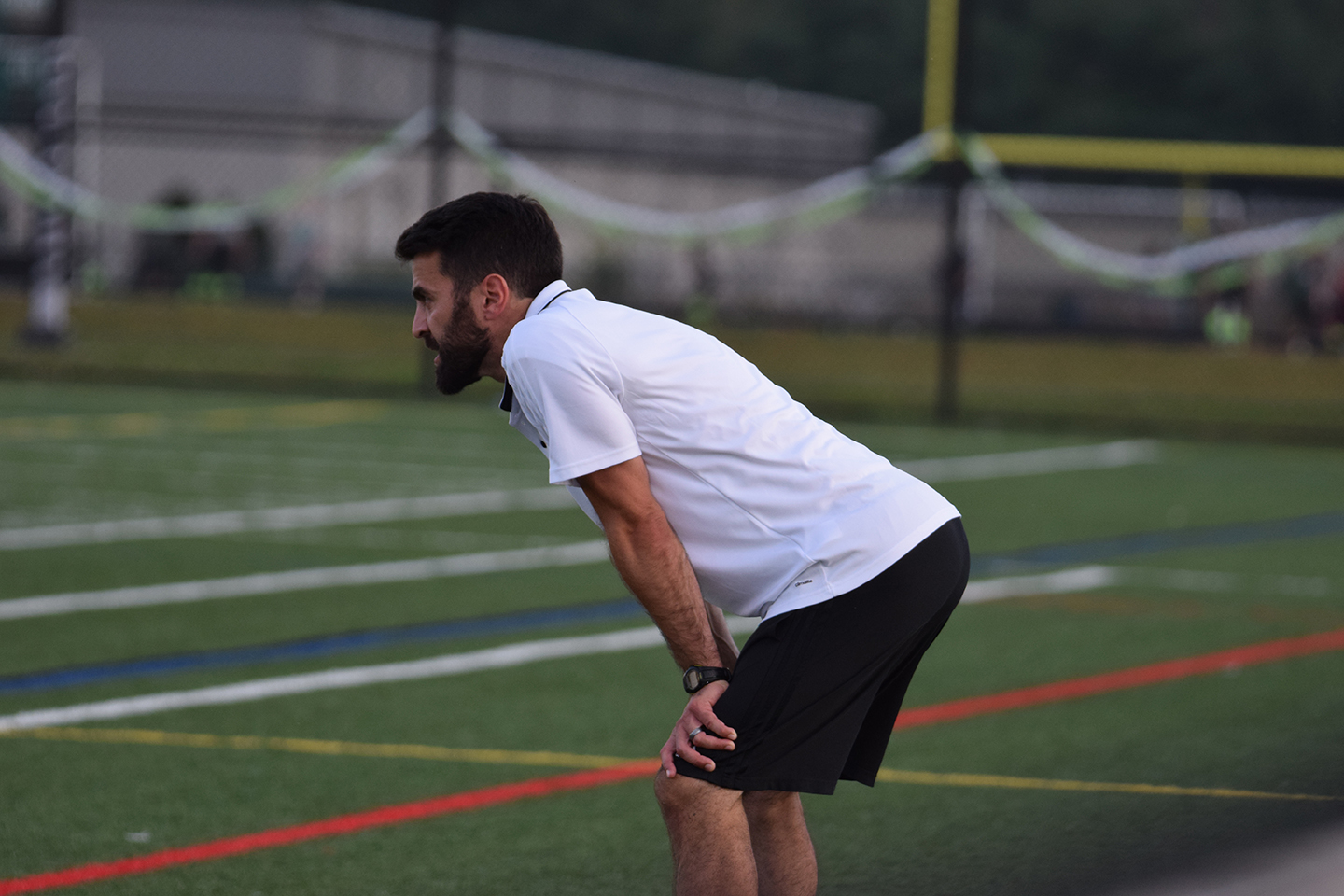 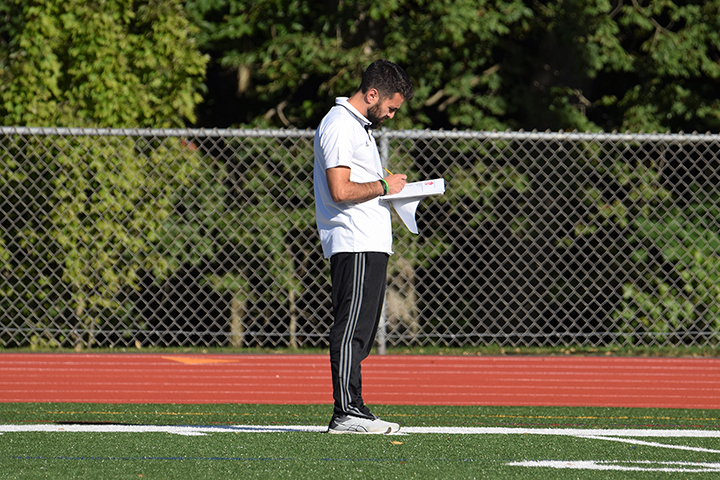 Dedicated to the Memory of the man who injected me with the passion and fire that has never left me since that day in June.
Ergidio Marini (Grandpa)
December 26, 1926 - January 31, 1995
OUR STAFF
Antonio Viscuso
Antonio has been involved with soccer for over twenty years, both as a player and a coach.

Originally from Milford, CT, he played high school soccer at Johnathan Law High School. Antonio also played premier for the Orange Hurricanes and has played in the CSL for Newtown, Norwalk and Shelton.

As a coach, Antonio has been developing players for the past 15 years.

In 2004, he started his coaching career with Coerver Coaching in Bridgeport CT, and then on to Milford United Soccer Club. In 2006, he moved to Fairfield Warde High School where he spent 7 years as the JV and Assistant Varsity Coach for boys soccer. In 2010, Antonio helped lead Fairfield Warde to the FCIAC finals and to a quarterfinals appearance in States. During his time in Fairfield, he coached in the Travel Program for FUSA for U12-U14 boys and girls teams. Antonio was a huge part in building the Fairfield United Premier program, coaching the Fairfield Strikers and Fairfield United Football Club. The Strikers became the first team in club history to qualify for Division 1 Premier, with an entire team compiled from the same town. Fairfield United Football Club became the first Division 3 Premier team to make a semi-final appearance in the CT State Cup Tournament. Several FUFC players went onto to helping Fairfield Ludlowe win back to back FCIAC titles.

He spent 2 years as a Technical Director/Coach for Easton AYSO and 4 years coaching and developing players for CT Summer Select at the University of Bridgeport, CT.

In 2008, Antonio became the President and Co-Founder of The Connecticut Soccer Academy, focusing on Tots programs and high school soccer preseason camps.

In 2012, Antonio became Head Varsity Coach for boys soccer at Masuk High School in Monroe, CT. In his first year, he led Masuk to an SWC appearance and State Tournament appearance. He also became a Technical Coach for Monroe Soccer Club and Monroe AYSO.

In 2013, Antonio became Director of Coaching for Monroe Soccer Club.

In 2021 Antonio became the Assistant Coach at the College of Mount St.Vincents.

Currently Antonio continues to build and develop youth player's in the surrounding towns. He continues to grow a culture at Masuk High School as well as the AYSO and Monroe Soccer Club programs. He is a strong advocate of grassroots soccer and continues to teach young players how to love the game of soccer.

Previously, Antonio worked at FWMS and Stepney EL as a paraprofessional working with Special needs children. He resides in Sandy Hook, CT, with wife Kim and two sons Matteo and Maxwell.

Antonio holds a CT State Coaching Permit, an E Level CJSA Coaching License, NSCAA Advanced Regional Diploma and NSCAA Youth Development Diploma. He is a board member of the Connecticut Soccer Coaches Association and of the Connecticut High School Coaches Association and 10 year member of United Soccer Coaches and US Soccer. Certified CPR, Concussion and First Aid.
"The lion teaches the cub."
AV is to the teams he coaches as Antonio Conte is to Chelsea FC - breeding success and demanding excellence from the get go. Tony is quick to build a rapport with any team that is fortunate enough to have him. I have had the extreme pleasure of playing for and coaching alongside Tony. He is a tactical genius capable of turning a conglomerate of misfits into a synchronized orchestra on the soccer pitch. I will never forget the year Tony first took over the Fairfield Warde JV soccer team, where the team was used to a certain 4-4-2 formation and losing was the norm. Two games in, he showed up to practice and introduced us all to the 3-4-3 formation. Those were the last two games the team ever lost under Coach Tony.

Similar to how Sir Alex Ferguson can take a group of players unworthy of ever donning a legendary Manchester United jersey (Phil Jones) and make them fit into a winning system, AV is quick to adapt his coaching style in order to bring out the best in his players. To say that Tony was influential in my youth soccer career is an understatement. He taught me everything I needed to know about football to the point where I even took his approach to coach Premier level youth soccer in Pennsylvania, winning the season title in my first year.

Off the pitch, you have a coach and human being who is genuinely invested in your well being. Tony will be quick to give you a life lesson and ensure that you are a positive asset to society. You will be motivated to work hard and be successful on and off the pitch. You may not be related to Tony, but you can always confide in him, whether it's how to hit a dipping free kick, or how to handle a bully at school.

The lion certainly teaches the cub.
David Chun
Former Player
Back to top